EU Citizenship is widely acknowledged as a privilege in the hands of those who hold it, while those who don’t often dream of ways and means to acquire it. That is because an EU passport not only grants you a respectable travel document, but also entitles you to a most valuable degree of freedom to travel, live, work or study across the European Union. And wherever a visa is required, EU citizenship usually makes it easier to obtain.

In 2013, and in an attempt to rescue an economy that was at the time on life support, the Government of Cyprus launched a Citizenship-by-Investment programme to attract foreign investment, primarily in the real estate industry. The plan worked, and has since been fine-tuned to match the local economy’s evolving needs. In many ways, it has become even more attractive to non-EU citizens with at least €2 million at their disposal, waiting to be invested.

Cyprus vs the Rest

Naturally, anyone seriously interested in investing such an amount is going to shop around, to contrast and compare the different citizenship-by-investment schemes offered by other EU member states.

Alternative ‘candidates’ include Malta, Latvia, Spain, and Portugal. To begin with, prospective applicants tend to ask themselves which is best – all conditions being equal. But how would you define ‘best’? To an international entrepreneur, the best second passport might be one that allows you to travel visa-free to the highest number of countries. This would actually put Austria at the top of the list of most desirable EU passports. An Austrian passport entitles its holder to visa-free travel to 171 countries (as opposed to 173 in the case of a Cyprus passport). As always, the best doesn’t come cheap. To qualify for Austria’s programme, an investment of €10 million in an approved business is required – as opposed to the minimum of €2 million attached to the Cyprus programme.

So, staying within that range, let’s have a look at comparable EU member states. In terms of investment value, €2 million is much higher than the amount required for citizenship applications in Malta, Spain, Portugal or Latvia – all can trigger the process with an investment of €500.000 or less.

However, looking at the time for which such an investment must be held, 5 years is considered a rough standard, except in Cyprus, where a commitment of 3 years would suffice. Also, not all countries allow dual citizenship, which might be an issue to many, and must be looked into and confirmed. In the case of Cyprus, there are no objections to dual nationalities.

Where Cyprus ranks at the top is in the time it takes to process the application: a brief 6 months, for applicants who satisfy all the conditions. Malta is the closest second, with a guideline period of 12-14 months. Other EU member states require many years of residency prior to citizenship, resulting in an overall timeframe of six to ten years.

It is this combination of €2 million, 3-year investment, and 6-month processing period that has propelled the Cyprus Citizenship-by-Investment to the top of the list of favourable second passport schemes.

For those who plan on actually living in the country where they intend to apply for citizenship, the comparison of citizenship by investment programmes and the conditions that a given country attaches to its scheme becomes academic to some extent; the life that awaits you in your second home could outweigh all other considerations.
Will it offer you the lifestyle you value? Will your spouse and children feel safe, welcome and comfortable? What is the lingua franca? How favourable is the tax regime? What is the cost of living, or the tax implications, and will they allow you to maintain the standard you are aiming for? What can you expect from schools and health care? In brief: Is this a country where you and your family will be happy?

These are all valid questions; and in the case of Cyprus, the answers are very encouraging. Indirectly proving this point is the number of European expatriates who have made Cyprus their home of choice. In other words, investments and citizenship aside (other EU nationals can freely live and work in Cyprus) this island is a preferred home among other EU citizens who simply favour the comfort, convenience and quality of life that Cyprus affords them.

An overall assessment of the scheme explains why the Cyprus government is more than satisfied with the results. Since it was launched in its first version and up to the present, the Cyprus Citizenship-by-Investment programme has attracted some €4 billion, which were eagerly absorbed by the economy. (An additional €700million approximately found their way into the property market via the residency-by-investment programme, which was equally well received.)

An analysis of the sectors that attracted the bulk of local and international investment underlined what everyone already knows: tourism is the backbone of the Cyprus economy. It is the sector that suffered the least in the financial crisis and recovered the quickest, with an all-new record number of arrivals in 2016. It is also a sector that directly or indirectly feeds a vast network of suppliers, large and small. And finally, it is a sector that is far from exhausted. Indeed, investment opportunities abound, as Cyprus seeks ways and means of developing its tourist infrastructure, ultimately in order to help the tourist season start earlier and end later.
Investors are not the only ones leaning towards tourist projects; lenders are doing the same. Both the EBRD and the European Investment Bank are granting hundreds of millions of euros to finance upcoming projects. At the same time, the Cyprus cabinet has approved the creation of a new Secretariat for Development to minimize and offer international investors tangible support.

But the best news is this: the Cyprus Citizenship-by-Investment programme is as good for the country as it is for investors. It’s a win-win situation, a golden opportunity worth grasping while it’s available.

With one straightforward application accompanied by evidence of the required investment, you can obtain Cyprus residency for you and your dependents, for life. 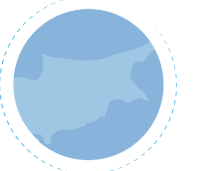 Apart from the benefits of living and working freely in Cyprus, Cyprus citizenship allows holders visa-free travel to 173 countries around the world.